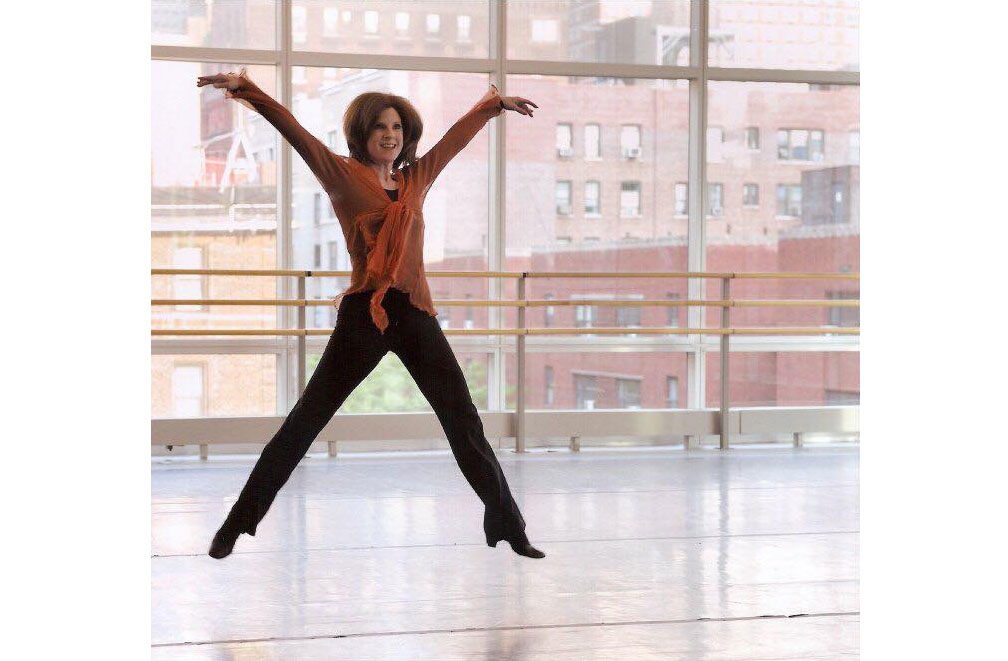 Lisa’s style was profoundly influenced by her dad and first dance teacher, Tony Bevinetto. Born in New Orleans in the ’20s, he had a deep understanding of jazz music and dance developed from the neighborhood street dances of his childhood and the athletic exuberance of jitterbug learned when he served in WWII in the ’40s. He added ballet training after the war before embarking on a long, successful career of choreography, performance, and teaching. Lisa was also greatly influenced by Luigi, the legendary jazz teacher. Her class begins with a short Luigi Jazz Warm Up, followed by a classic jazz combination. She stresses style, lines, intention, and musicality. 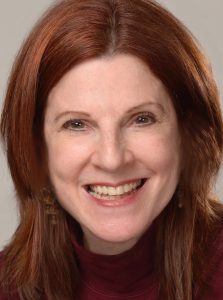 Lisa Biagini is a New Orleans born and raised dancer, teacher, and choreographer with decades of experience in theaters across the U.S. She began her career in 1972 with Chita Rivera in “Bye Bye Birdie” at Pittsburgh CLO. Her credits other major regional theaters include “Take Me Along” with Gene Kelly; “Fiddler on the Roof” with Leonard Nimoy; “Seesaw” with Tommy Tune and Lucie Arnaz; “Sugar” with Donald O’Connor, Robert Morse, and Ken Berry; and “Damn Yankees” with Dick Van Dyke. Other favorite credits include “Hello, Dolly!” as Minnie Fay, “The Music Man” as Zaneeta Shinn, “Fiddler on the Roof” as Chava, “Gone With the Wind” as Suellen, as well as “My Fair Lady, “Can-Can,” “Applause,” “Funny Girl,” “How to Succeed…,” “Mame,” and “Kismet.”

Lisa’s NYC performance credits include “Marathon ‘33” at Webster Hall and performances of an original work by Luigi for the JCE Jazz Dance Project. Her film and television credits include roles in “Summer Rental,” Glen Campbell’s “Southern Nights (CBS), “Rumpelstiltskin” (PBS). The JCE Jazz Dance Project presented a piece choreographed by Lisa at the Ailey Citigroup Theater, and her choreography was also presented at Symphony Space as part of LUIGI…a Benefit-Tribute. A student of the Luigi Jazz Technique since childhood, Lisa has been a sub/guest teacher at Luigi’s Jazz Centre in NYC since 2010. Lisa has taught jazz dance at Ripley-Grier Studios, Baryshnikov Arts Center and other dance studios in NYC and the U.S. She currently teaches Theater Jazz at Steps on Broadway.

For information: Marian Hyun
Waiver: By joining this class, participants (adult students and children enrolled by their parent) agree that Jazz Choreography Enterprises is not liable in any way for injury sustained during online classes presented by JCE.


You will receive a Zoom link after payment.

Register Now
If you can’t take the class, please consider making a donation if you are able. A gift of any size will help us continue our mission during the pandemic.
Donate
Jazz Choreography Enterprises, Inc. provides classes in significant jazz techniques as part of our mission to bring different styles of jazz dance to the public and help keep jazz alive by teaching a new generation of students. If you’re interested in learning about future classes and events hosted by JCE, please sign up for our newsletter or follow us on social media.