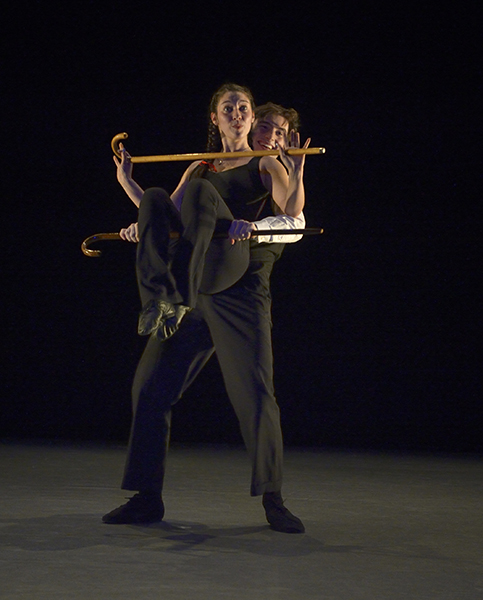 The New York Jazz Choreography Project continued its 10th anniversary season this October with another vibrant and diverse evening of jazz dance performance. Bringing together a varied collection of works from choreographers the organization has worked with in the past, the evening was an inspiring showcase illustrating the full breadth of jazz dance styles.

Though jazz dance continues to evolve from its early 20th century beginnings, the Jazz Choreography Project harkened back to the past with several pieces that had a distinctly vintage feel. Alan Spaulding’s reconstruction of Robert Audy’s “I Met A Girl” delightfully channeled the carefree sophistication of a Gene Kelly number, as dancer Sam Wolf effortlessly filled the stage with charm and gentle dance steps that blended a poised elegance with playful joy. Jeff Davis’s duet “That’s All,” similarly, evoked the light-footed grace of one of Fred Astaire and Ginger Rogers’ more buoyant duets, as Davis led partner Emily Vetsch around the stage with ease and strong musicality, blending moments of sustained elegance and quick-footed steps.

Even before jazz became a hallmark of the midcentury stage and screen, though, the form was taking shape through Lindy Hop, which the showcase paid homage to with Jaime Shannon and Tony Fraser’s “Dreamscape (A Tribute to the Duke),” a light-hearted swinging number that dazzled with its old-school charm and playful nonchalance. More surprising, however, was “Metaphysics of Jazz,” a fusion of jazz styles both old and new that blended Lindy Hop with hip hop and more contemporary jazz styles. The past and present movements fused together effortlessly, demonstrating the spectrum of jazz styles in a way that put the styles in conversation with each other, rather than mixing a cacophonous clash of forms.

Other numbers throughout the evening felt at once both classical and distinctly of the present. Bob Boross’s “LIFE” was explosive and powerful, with dancers whose each movement felt charged with electricity and sustained momentum, keeping even their prolonged extensions and slower movements filled with life. The number was rooted in classic jazz lines and movements, yet felt vitally fresh, demonstrating how classic jazz lines and technique never goes out of style. Richard J. Hinds’s “Five Guys Named Moe,” similarly, was a fresh burst of energy from its five male dancers, blending casual musical theatre charm with a polished contemporary feel. The dancers’ extensions and jumps were packed with energy, and each dancer performed with a sense of character and personality that elevated their already soaring steps.

In addition to its 21st century takes on classic styles, the evening also paid homage to a master of musical theatre-style jazz, Bob Fosse, as Verdon Fosse Legacy reconstructeur Lloyd Culbreath set the number “Dancin’ Man” from the musical Dancin’ on students and alumni from the Steps on Broadway Conservatory Program. The number is a masterful blend from Fosse, carefully evoking the dance legends who came before him – such as Fred Astaire, who performed a routine to the number in the film The Belle of New York – through the choreography’s vaudeville steps, softshoe ease, and brassy final section. At the same time, the number is defined by the precise, innovative touches that epitomized Fosse’s style, from angular and turned-in movements to minute isolations, referencing the airy dances of past eras while translating them through Fosse’s more grounded, subversive lens.

Though Fosse’s choreography is packed with enough hyper-specific details to trip up even the most seasoned performer, the Steps on Broadway students performed the dance with style and a flair that captured the number’s lighthearted yet meticulously subtle feel. The evening also contained two other numbers performed by younger dancers, “Finding Peace by Ashley Rich and “My Walkin’ Stick” by Alan Spaulding, and their expressive performances gave hope that the jazz tradition will continue to move forward through these younger dancers.

On the other end of the jazz spectrum from the classic lines of Fosse and the program’s other musical theatre-based numbers, the evening also showcased jazz’s transition into more contemporary-based choreography. Kavin T. Grant’s duet “Gravity” was wonderfully performed by dancers Cemiyon J. Barber and Carmen Cage, with skilled, in sync movements that highlighted the dynamics in Grant’s choreography, ranging from phrases of vigorous, bold steps to quieter, more emotional moments. The explosive yet controlled movements of the dancers in Ellenore Scott’s “Bottom of the River,” too, made for a stirring routine. The dancers brought a sense of emotion to their performances that at times rivaled the more character-based musical theatre numbers with their blend of personality and technique. Between these pieces and the evening’s more classic repertoire, the Jazz Choreography Project reminded us why it’s still worth resurrecting jazz’s past – but also why we should be looking forward to its future. 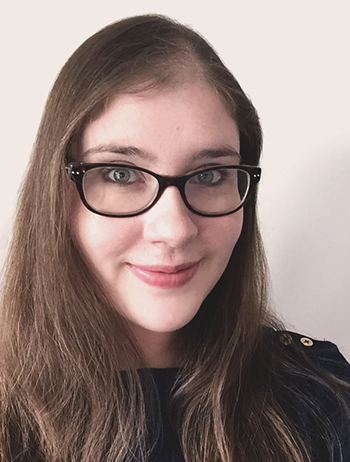