A JCE Class with Gail Pearson: Preserving the Legacy of Betsy Haug 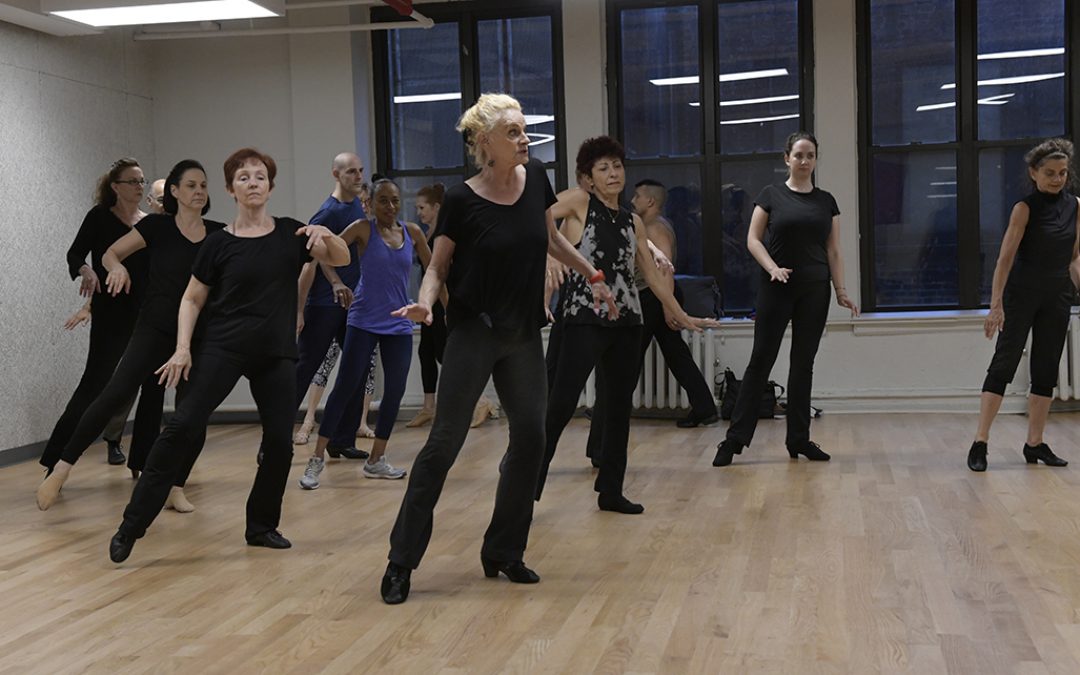 This summer Jazz Choreography Enterprises was honored to sponsor a jazz class in the distinctive style of Betsy Haug. Gail Pearson, Betsy’s assistant and protégée, was the teacher. A New York City staple of the jazz scene in the 1970’s and ‘80’s, Betsy Haug had an outstanding resume: a ballet soloist at Radio City Music Hall, a national tour of “West Side Story,” several television shows, Dance Captain in the original run of “Promises, Promises,” a choreographer for Broadway and revues in Las Vegas and New York City. However, Betsy was more than a talented performer and choreographer, she was also a teacher and true steward of the art of dance and movement. After teaching a variety of styles, including jazz, tap, modern dance (Horton Technique) at the esteemed Alvin Ailey School, Betsy went on to open her own dance school, the Betsy Haug Studio.

As a dancer born in the ‘80s, and raised in the ‘90s, I admittedly wasn’t familiar with Betsy. However, when I first heard of Betsy Haug, she was immediately described as a woman with her own style. “Earthy, “funky,” and “distinctive” were adjectives tied to her name. In preparation for our class, I decided to do some of my own research on Betsy. I was able to scratch the surface on who she was as a dancer, choreographer, and teacher. I was surprised to find that so much of my own early jazz classes were influenced by Betsy’s aptly described distinctive style. The characteristic syncopation, body isolations, and use of weight shift in her movements brought back so many early memories of across the floor exercises and combinations from my dance classes growing up. Spanning Broadway and ballet, her work with artists such as Joel Grey, Gloria Gaynor, and Liza Minnelli was impressive, and while I may have missed her in the height of her career, I did in fact know her through her dance.

To see the level of just how beloved Betsy’s style is, one had to look no further than our sponsored class on June 27th. Dancers of all ages were exuberantly waiting to move and celebrate the legacy Betsy has created in the realm of jazz. By far, the most excited to keep to the authenticity of Betsy’s style was our instructor, Gail Pearson. After an energetic, cardio warm-up, Gail facilitated an across the floor grounded in Betsy’s signature style. I would be remiss if I didn’t mention her personality and sense of humor as dancers strutted across the floor. “Don’t be pretty!” she’d instruct the dancers, followed by “snarl your lip–it helps!” Betsy was all about attitude, and Gail was explicit in what she pulled out from her students. Gail pushed the dancers to work both their bodies and minds in varying isolations and combinations to a soundtrack of traditional jazz and funk music, with no shortage of brain teasers. Everyone was up for the challenge with a smile on their faces.

Gail studied and worked with Betsy as a young dancer in New York City:

“At the age of nineteen, the summer before I moved to NYC, I visited Radio City Music Hall. There was one female in the stage show who danced like no one I had ever seen in all my years of watching TV variety shows (my only reference). I knew that I wanted to dance like her. A year or so later, I was hired as a replacement for a weekend job in Atlantic City. The choreographer and lead dancer was Betsy Haug. When she rehearsed her solos, I was mesmerized. No one could dance like that. One day I overheard her telling the producers, “There are a couple of dogs, but I will keep them in the back row.” Guess who was in back row.

After returning to the city, I went back to my regular jazz class to find that there was a replacement teacher named Betsy Haug. I took every class, and when I became jobless, she offered me a room in her apartment. I watched her every move. I learned her incredible style and even became her assistant and lead dancer. After a year or so of being roommates, she was regaling me with stories about Radio City. It was still not until months later that I put it all together: Betsy was the female dancer I had seen on my first visit to the Big Apple. Betsy gave me a place to live, told me to grab change from her big Vegas bowl in her closet when I needed money, and gave me work. Most of all she taught me how to dance like the girl at Radio City.”

Gail is widely considered to be the best teacher of Betsy Haug’s style. “Gail is a lot like Betsy!” commented Germaine Goodson, a well known tap teacher at Steps on Broadway. “She has the style, but she also adds her own spirit in her presentation of the movements. [Gail] has passed down many of the same exercises that Betsy Haug created.”

”Gail’s focus is on doing Betsy’s style and she understands it as best as anyone possibly could,” said Martha Warschau, who studied with Betsy six times a week for at least two years in the 1970’s. “Yet she knows she is not Betsy and is not trying to be. Her focus is on the nuances of the style and challenging herself and us musically with her choreograph…Her dedication and passion to teach and be true to this style is clear in each class as is her desire for us all to have a great time dancing!”

Unfortunately, Betsy Haug has been diagnosed with Alzheimer’s disease, which only further fuels the passion of her students to keep her unique style alive. When asked why they loved this style, dancers cited a number of reasons. “It brings back wonderful memories of being on stage.” said Judy Emmett, she added, “This style is hard hitting and funky and different from most jazz styles.“

Actor Ned Eisenberg found Betsy’s class when he was in his early 20’s: “I was hooked…It was rigorous both physically and mentally and yet magically; her particular form of jazz suited me to a tee. Aside from her gargantuan talent and my personal affinity for her moves and taste in music, her kindness and connection were monumental as well.”

Sharon Minthorn articulated aspects of Betsy’s style: “The high thrust of the pelvis; the clear elongated line or pull across the arms and shoulders; the…long, usually elegant leg placement; and the extreme core twist (upper body always opposite to lower). Once you caught on to these points you found yourself moving in the most intoxicating way. And she was there every day as the most beautiful example. Add to this the wit, clarity, and sheer joy of her choreography—well no wonder she had such a devout following!”

JCE is proud to be a part of continuing Betsy’s legacy, keeping this unique style of jazz dance alive and available to both veteran and new students. We provide classes in significant jazz techniques as part of our mission to bring different styles of jazz dance to the public. If you’re interested in learning about future classes and events hosted by JCE, please sign up for our newsletter or follow us on social media. 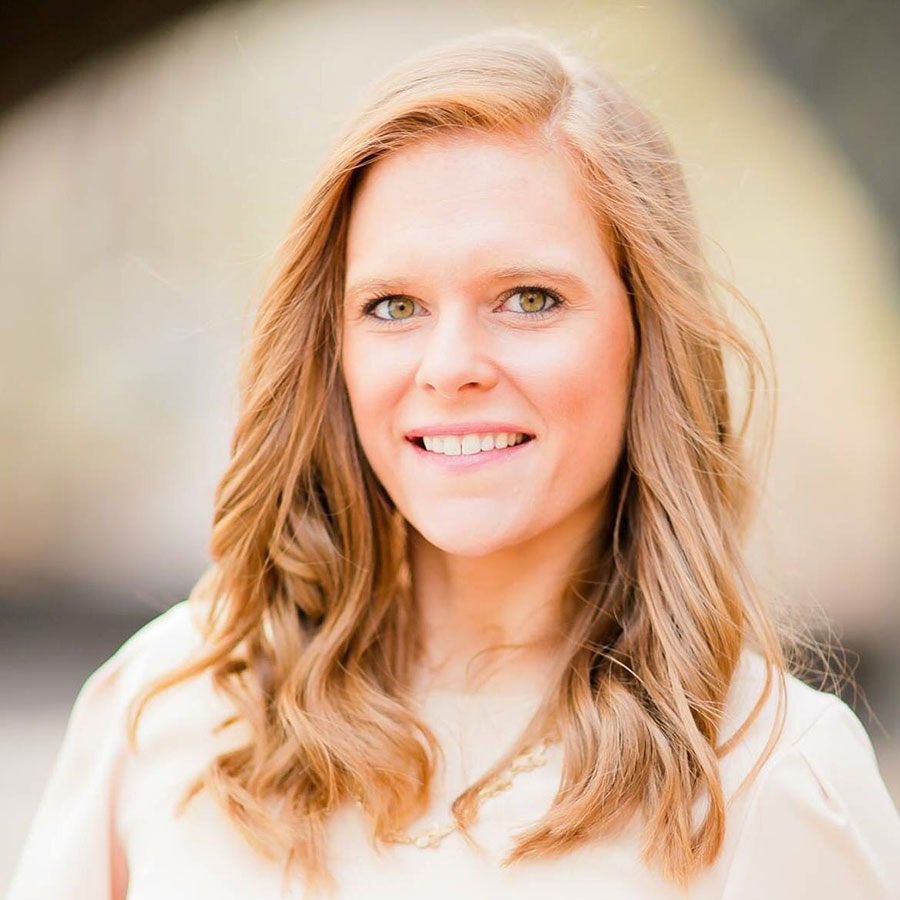 Nicole Padilla is a Junior Board Member of Jazz Choreography Enterprises. In addition to performing in JCE’s fall 2018 showcase, her performance credits include Danceworks NYC, Vanessa Long Dance Company, Joe Montelone Dance, NACHMO, Dance Astoria, Greenspace’s Fertile Ground, and Dance Italia. Nicole is currently the Manager of Digital Projects for New York City Ballet with prior professional experience in Digital Content and Development across a number of Fortune 500 brands. Nicole is a proud graduate of St. Joseph’s University (Philadelphia, PA), and recently certified as an Arts Integration in Education Specialist.