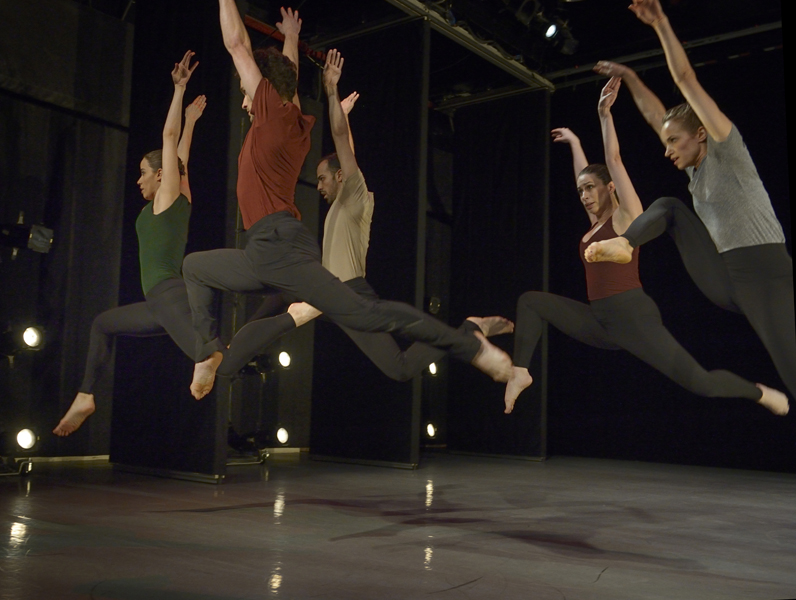 Choreographer Merete Muenter has been nominated for a Chita Rivera Award and is the Assistant Choreographer for the Off-Broadway production of “Fiddler on the Roof.” She’s also a Founder and Co-Artistic Director of Jazz Choreography Enterprises. Her piece, “Eleanor,” will be presented in the JCE Jazz Dance Project on April 27-28, 2019. 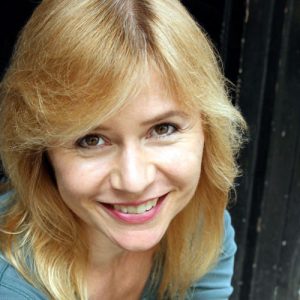 Tell us a little bit about your background and experience—how did you get into jazz dance?
Jazz dance was always something I gravitated towards even when I was a little kid taking dance classes. I just loved the rhythm behind it. Jazz dance allows a dancer so many different ways to move the body to the music. You can challenge the body using isolations, going off balance, using the floor, etc…there is such a feeling of freedom and personal expression, and although it does require technique, there is really no right or wrong way to dance jazz because it’s so organic to the individual.

I grew up in Buffalo, New York, and started taking classes there at the age of five. I went to college at SUNY Geneseo where I was a dance minor, and it was there I was introduced to the Luigi Technique, which gave me such a strong foundation. I also got my first professional summer stock job while at Geneseo, being cast as a dancer in “The Stephen Foster Story” in Bardstown, Kentucky. My jazz dance teacher at Geneseo, Scott Ray, was the director/choreographer of that show, so he cast me in it, and I wound up working there for two summers. The first summer I was in “Stephen Foster,” the show toured in Japan for two weeks, so it gave me a real taste of what it would be like to be a professional dancer and what tour life was like. I am eternally grateful to Scott for giving me that opportunity and having faith in my ability so early on when I was still in college.

After college, I went to Chicago because I knew I wasn’t quite ready for NYC yet. I used Chicago as a training ground for my ultimate goal of moving to New York. I studied dance at Gus Giordano’s Jazz Dance Chicago to develop my skill set more and learn different styles from different teachers. I auditioned a lot and gained professional credits working with a modern dance company there. I also did some plays and musicals, and I wound up singing for the military overseas on three different Department of Defense Tours. After four years working in Chicago, I knew I was ready for New York. I had been out in the real world, I learned about auditioning and the business, and I had been exposed to different dance styles. I had worked a lot on my technique, and I had a resume that had professional credits on it, not just credits from school.

The first show I was cast in after moving to New York City was a production of “A Chorus Line” in Atlantic City. It was directed by Baayork Lee, who has since become my mentor and a dear friend. That show started a whole new chapter for me and my dance career. I worked as a professional dancer for 20 years and then started to get more into the work on the “other side of the table.” I now direct and choreograph musicals.

What are some of the most memorable performances/shows you’ve been in?
“A Chorus Line” definitely comes first, since that was the first show I was cast in when I moved to New York, and I wound up doing many different productions for a few years. I made the most wonderful friends doing that show, and we are all still very close today. That show is so personal because you are literally dancing/singing/talking about yourself for two hours every time you perform it. It really becomes a part of you and changes your life, and makes you realize how fortunate you are to be able to be a dancer and do what you love, regardless of the sacrifices you make in order to make that happen.

I also did the European tour of “Jesus Christ Superstar,” which was really rewarding. Being able to dance and sing that score every day and get paid for it was a real privilege that none of us took for granted. Again, that cast was an exceptional group of people, and we still remain close after all these years. When you are on a bus rolling through Europe for five months, you really do become a family.

You also choreograph—when did you begin to choreograph, and in terms of creative expression, how has that enhanced your perspective as a dancer and creator?
I started choreographing a little bit in high school and then continued to explore it in college. I didn’t start to choreograph professionally until the year 2000, when the musical director of a show I was dancing in asked me if I would be willing to choreograph his next production.

Being a choreographer can give you the same rush as performing. When you have an idea created in your head, and it works on an entire cast of people before your eyes, it’s exciting to see it come to life. It helps that I was a dancer first, I think, because I know how to treat my cast. If you take care of your cast, they will take care of you. I know what it feels like to be the one to do the work both inside and outside of the creative process.

Who (or what) are your biggest influences?
As a director/choreographer, Baayork Lee is definitely my biggest influence. She taught me the ropes of how to put a musical together, how to tell the story, what to look for on the technical side in terms of lighting, set, sound and costumes, how to deal with different personalities, etc. I call her my “Harvard,” because people go to school to learn what she has taught me as my mentor. I’ve been so blessed to have her in my life.

In terms of dance style, there are so many legendary choreographers I admire, and I hope that I am absorbing a little bit of everything I have been exposed to. I really love the work of Bob Fosse, Jerome Robbins and Michael Bennett. More recent directors and choreographers I really gravitate towards are Baz Luhrmann, Steven Hoggett, and Twyla Tharp. They all are so innovative with their storytelling, they create beautiful pictures and also use humor in their work which I really appreciate. They are masters at blending technical dance with pedestrian movement, which I find so interesting to watch. They also educate me about the use of stillness being just as important a part of the choreography as the dance. There have been many times when I have watched the work of these great artists and I say to myself, “Wow, I never thought of doing it like that.”

I also just recently worked with Joel Grey on the Off-Broadway production of “Fiddler On The Roof” in Yiddish. He was the director of that production, and his directing approach informed me a lot about how to tell a story as a choreographer. He used a real minimalist approach to “Fiddler,” which really taught me how effective the “less is more” approach is to the work. The talent of the cast shines because he kept the look of the production so simple, so you focus on the actors and the story. Sometimes I get so caught up in trying to make the choreography challenging, or I focus on the special skills of the dancers, that I forget that I have to tell the story, too. If any added embellishments don’t serve the story at all, and they actually muddle it and distract or confuse the audience, then they aren’t necessary. When Joel felt the work was going off on a tangent, he would stop, reassess what was happening in the scene, and get back to what that scene is about. It was incredibly educational.

Along with Marian Hyun, you are an Artistic Director of JCE. What does an Artistic Director do?
As Artistic Directors, Marian and I have the final decisions on the artistic integrity of our concerts. We make sure that our concerts are focused on the various forms of jazz dance, and that the choreography styles in our shows don’t stray from our organization’s mission. We also work on marketing, such as ordering our flyers and postcards, ordering T-shirts, and keeping up our social media. We communicate with the choreographers, organize the staffing for our performances, and explore outreach opportunities for JCE, among many other things. Of course we can’t do all of this without all of our other board members, who take on various responsibilities for the organization in order to help us. It’s a lot of work, but it’s a labor of love that we really believe in. No other organization focuses solely on the art of jazz dance the way JCE does.

Can you tell us a little bit about your piece for JCE’s spring Jazz Dance Project?
I am working on a piece to the song “Eleanor Rigby” by The Beatles. This is a song I have been wanting to work with for quite some time because it has such a clear storyline in the lyrics, and I want to create a clear storyline visually through jazz dance. I’m approaching it as if it is a cross between a musical theatre piece and a Shakespearean play. I have the two main characters, plus a small “Greek Chorus” of dancers, or “Guardian Angels,” who help to propel the story forward and indicate physically what is being said in the lyrics. It’s a very moving piece of music, with so much to say in only two minutes. It’s a challenge for me as a choreographer to create a complete story with a beginning, middle, and end, with such brevity.

You are a co-founder of JCE and have been overseeing the organization for over a decade, so you have a comprehensive perspective on the community. What do you see for the future of the field of jazz dance? What would you like to see?
I would like to see jazz dance get the attention and recognition it deserves as its own art form. This is a challenge because it is sometimes difficult to define jazz and clarify what it is and what it should look like apart from other dance forms. It can be a blurry distinction. I’m proud of the fact that JCE is helping to accomplish this distinction by representing all the various forms of jazz dance in our semiannual concerts.

I think the future of jazz dance is unpredictable as a pure art form, as the appeal is very cyclical. The taste of choreographers, dancers and audiences is constantly changing. This results in jazz dance from the earlier decades being fused with other forms of current dance trends, which then creates new styles and new techniques. It’s a constant evolution of what we know as “old school” jazz being blended into contemporary jazz, jazz ballets, jazz tap, ballroom, gymnastics, and even circus skills. My guess is that fusion of jazz with other dance and even athletic forms is going to be what keeps it visible and hopefully alive and recognizable as the important American art form it is. 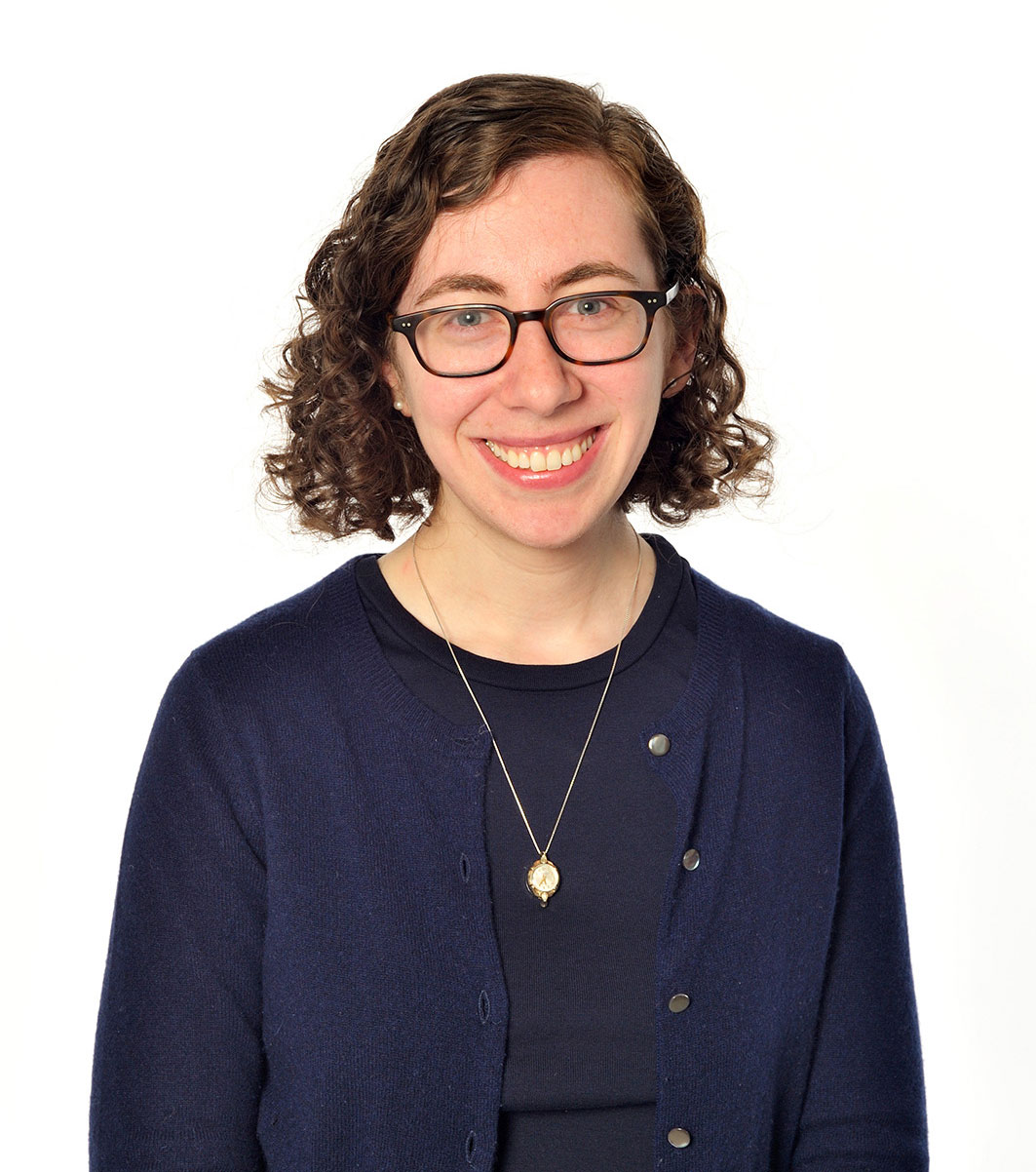